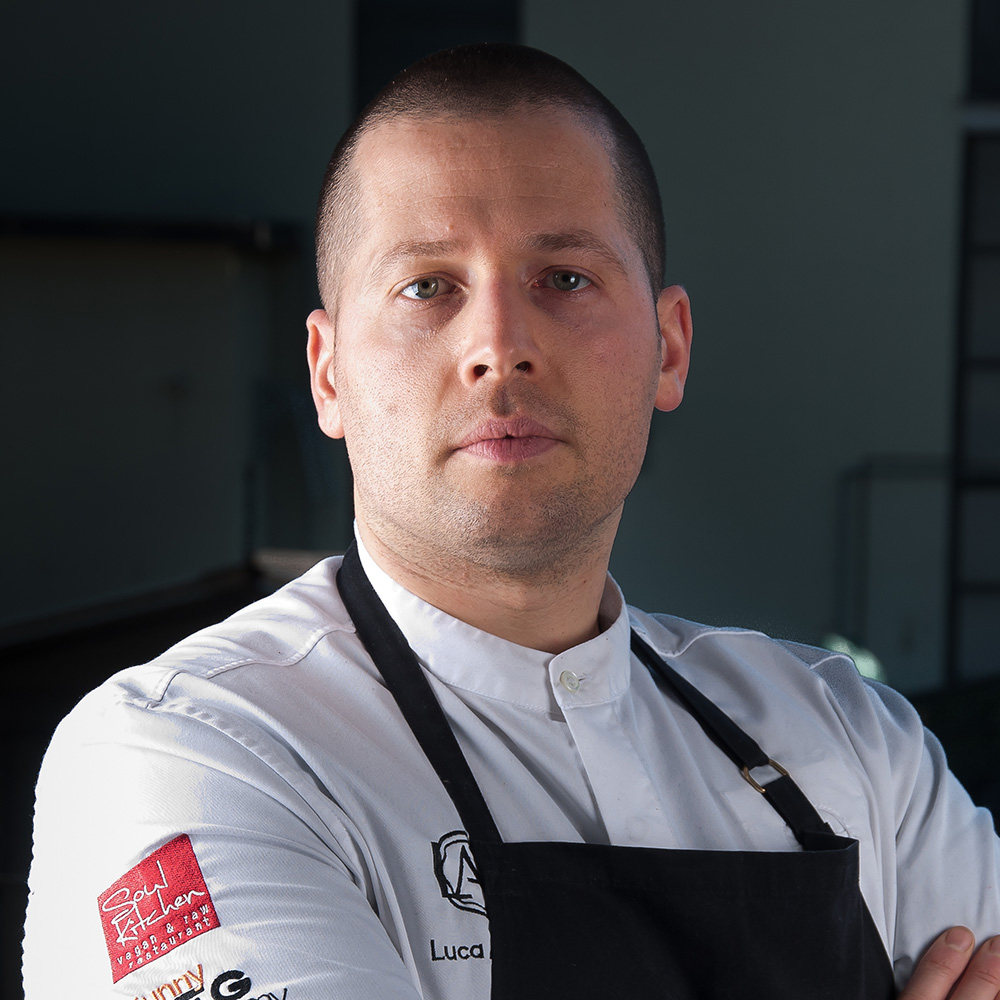 After graduating in 2000 from the hotel-management school in San Pellegrino Terme, Luca Andrè followed the indispensable and hard apprenticeship in the most important restaurants in Lombardy, even starred ones, which transformed him from a good cook into an excellent chef.
Then came the veg turning point, which led him to experiment with new techniques and refined ingredients that he loves to play with when creating his dishes.

In 2013, he opened Soul Kitchen in Turin, of which Luca is owner and chef, a place where he expresses his creativity by mixing styles from all over the world. His cuisine is made of fragrances, even before taste; in his restaurant, guests are stimulated through the sense of smell, and then captured by compositions of shapes and colours through an aesthetic of strong sensory impact. Attention to detail and sustainability, the raw materials used, the link with the territory, unusual combinations and continuous innovation are always present in the chef’s dishes, each with a story to tell.

Since 2015, through FunnyVeg, he has been consulting in the catering sector for the opening of new establishments and collaborating with companies and brands to promote plant-based products.

No products in the basket.